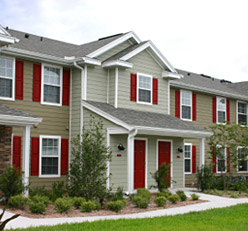 LNWA and its affiliated companies have planned, constructed and developed more than 20,000 homes, market rate and affordable apartments, and commercial, retail and hotel properties throughout the Mid-Atlantic, New England and Ohio Valley regions. Arbor Management, an LNWA affiliate, operates more than 5,000 apartments in nine states. The company has been named the “National Multifamily Developer of the Year,” and builder and developer of “America’s Best Affordable For-Sale Housing Community,” and many times, one of Delaware’s “Top Work Places.”

Throughout his career, Kevin has been a passionate advocate for the homebuilding industry at the local, state and national level. A life director of the Home Builders Association of Delaware (HBA/DE), he served two terms as its president and was twice named Delaware Builder of the Year.

At the national level, Kevin served as the 2014 Chairman of the Board of the National Association of Home Builders (NAHB). As Chair, he led numerous industry meetings at the White House with leadership of the Federal Reserve, the U.S. Department of Housing and Urban Development, and with senior members of both houses of congress. Prior to being elected an officer of NAHB, Kevin served on its Executive Committee for more than a decade.

Kevin is president and co-founder of the Leon N. Weiner Education Foundation. He has also served on the Board of Governors of the National Housing Conference, on the board of directors of Home Innovation Research Labs and Independent Living/CareLink, Inc., as a member of the New Castle County Housing Advisory Council, and a member of the board of Catholic Charities of the Diocese of Wilmington.

Kevin’s advocacy for affordable housing and his leadership in the housing industry have been recognized by former Delaware Governor Jack Markell, both houses of the Delaware General Assembly and Delaware’s congressional delegation.

Kevin graduated from St. Anselm College and has a master’s degree in Public Administration from Suffolk University. He and his wife, Marcia, live in Delaware where they are active in their church and in several local community organizations that serve the homeless, the mentally and physically challenged, and victims of domestic violence.

Dave Curtis has been with Leon N. Weiner and Associates, Inc. since 1982. Dave, with partner Kevin, is responsible for the overall leadership and direction of the company, managing both internal operations and external business relationships.

Dave served on the Board of Directors of the Federal Home Loan Bank of Pittsburgh from 1996-2002 and 2006-2008, serving as Chairman from 1999 to 2001. He is currently the Co-Chairman of the Mortgage Roundtable, a blue ribbon panel of 50 leaders from the housing finance industry, and is a member and past Chairman of the National Association of Homebuilders' (NAHB) Housing Finance Committee and the Investment Subcommittee of the NAHB Budget Committee. He is a frequent participant in Congressional and Senate hearings concerning housing finance and has been a frequent panelist, speaker, and moderator at various forums and programs on housing finance and affordable housing.

Dave holds a Master of Arts degree from the University of Delaware College of Urban Affairs, where he was a Graduate Fellow, and received its Distinguished Alumni Award in 2005.

Glenn Brooks is a member of the LNWA Board of Directors and is responsible for all phases of the firm’s development activities. He has extensive experience identifying and investigating potential development sites and projects, including coordinating projects and overseeing and supervising brokers, appraisers, architects, engineers, environmental engineers, lawyers, and other professionals and contractors involved in evaluating project feasibility.

Glenn also coordinates the project entitlement process, including zoning and other land use approvals. His responsibilities also include project financing, including construction, permanent, bridge and other loan facilities, as well as equity investment. He has participated in the development and operation of real estate projects with a total value in excess of $500 million and debt financing of over $400 million, and he has helped raise almost $100 million in equity investments for LNWA.

Glenn served on the Federal Home Loan Bank of Pittsburgh's Affordable Housing Advisory Council from 2004-2012 and served as Vice Chairman in 2006 and 2007 and Chairman in 2008, 2009, and 2010. He served as an ad-hoc member of the NAHB Military Housing Task Force in 2003. Glenn holds a Bachelor of Business Administration degree from the College of William and Mary.

In 1996, Chris Bartges was hired as the Secretary and Treasurer of LNWA. He currently serves as Vice President of Development and Corporate Secretary for LNWA, Arbor Management LLC, Renewal Housing Associates LLC, and Rural Housing Preservation Associates LLC.

Chris also serves as the Director of Portfolio Management for LNWA. In this capacity, he has directed capital transactions involving the company’s portfolio of properties, including financial review and analysis, sale and acquisition of properties, and debt restructurings and refinancing.

Prior to joining LNWA, Chris was Assistant Vice President in the Real Estate Finance division of PNC Bank, Delaware, where he was responsible for credit analysis, credit department management, loan underwriting and relationship management.

Chris is a member of the Committee of 100, a business organization that promotes responsible economic development and addresses issues that affect Delaware’s economic health. He holds a Bachelor of Science degree in Business & Economics from Lehigh University.

Sean Kelly serves as Vice President of Development for LNWA and currently oversees affordable and market rate apartment development in the Mid-Atlantic states and Ohio.

Sean has extensive experience structuring complex real estate transactions with emphasis on combining tax credits with state, local, and private financing sources. Since joining LNWA in 2010, Sean has led development teams producing or preserving more than 1300 apartments in 5 states with total investment in excess of $200M.

Prior to joining LNWA, Sean held roles in the technology sector with Hewlett-Packard Enterprise and as an early employee at a venture capital backed startup.

Sean is a member of the National Association of Home Builders (NAHB) serving on the Housing Credit Group Advisory Board, the Multifamily Board of Trustees and holds the HCCP professional designation. Locally, Sean is a member of the Board of Directors for the DE Chapter of the National Association of Housing and Redevelopment Officials (NAHRO) and is a member of the CDFI Advisory Board for Cinnaire. He holds a Bachelor of Science in Finance from the University of Pittsburgh and a Master of Business Administration from the University of Delaware.

Prior to joining LNWA, Debbie held a senior project management position with Krapfcandoit Company for ten years. She attended Delaware Technical and Community College for Architectural Engineering/Project Management and has been a State of Delaware Certified Construction Reviewer since 1999. Debbie holds a current certification from the State of Delaware for Sediment and Stormwater Management, and in 2008 was certified by NAHB as a Green Builder.